I guess the couple that does projects together stays together – or maybe they end up facing each other across the table, lawyers nearby. Regardless, Steve and I decided that yesterday would be the perfect day to assemble the gazebo. This lovely piece was purchased almost 6 weeks ago and we had been waiting for the replacement parts to arrive. They did on Friday so we were ready to get our dream gazebo up and running. We laughed at the instructions which stated that estimated assembly time was 45 minutes. We figured we were smart people with power tools so about 1.5 hours should work. Not even close. More like 3+ hours. It wasn’t hard, it’s just that it took that long to assemble. Without a power drill we could easily have added another hour or so to the project. So here’s a pictorial rundown of the day:

First up, assembling the top. It was starting to look like something from Monsters, Inc. 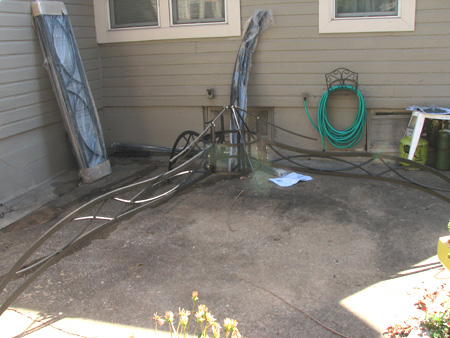 Next was adding more of the support beams. Now I was really thinking of Pixar characters! 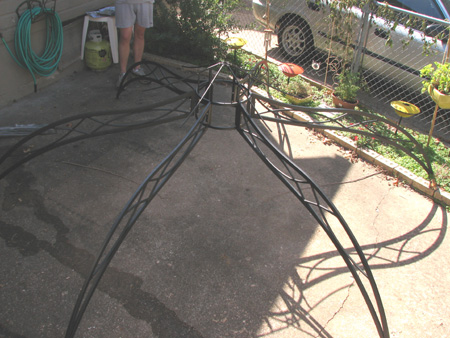 Once that was completed, the canvas top was added. 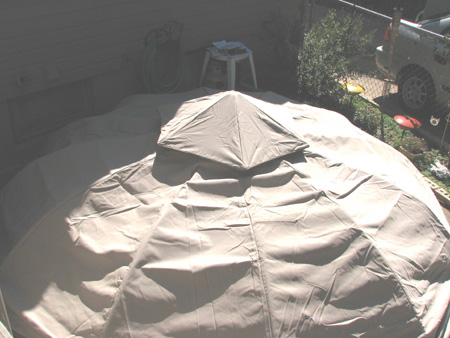 Here’s where it gets tricky. We now had to build up the sides around the top. Then we had to lift the top up and hook them to the sides. 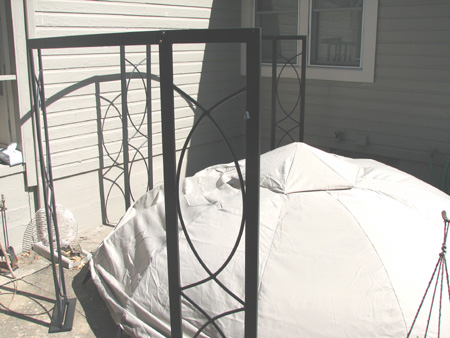 We considered calling the neighbors over to help lift the top, but somehow we managed to do it ourselves. Please note, no marriages were harmed in the making of this gazebo. 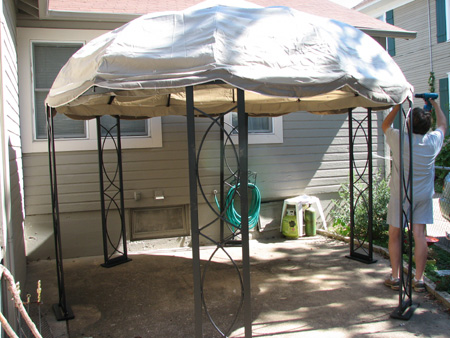 So here’s the final project! I didn’t get a full inside picture since Steve took the camera and keep taking “angle” shots, but you get the idea. This morning we enjoyed coffee and the Sunday paper inside our little hut! 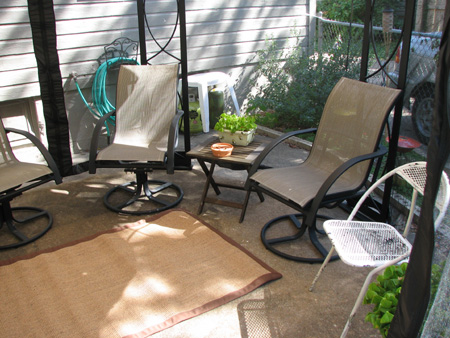 One response to “Togetherness”