Deja Vu All Over Again

Except for the fact we have power (thankfully) and our bathroom isn’t in the middle of a remodel, it feels like the January 2007 ice storm all over again. School has been cancelled for the second day and I’m pretty much homebound. It’s not all bad, as I’m getting a lot done, but I am getting a bit restless. Maybe I’ll attempt an outing later this afternoon, but I doubt it. It’s really bad outside. Here’s picture of the tree in our front yard with about an inch of ice coating it: 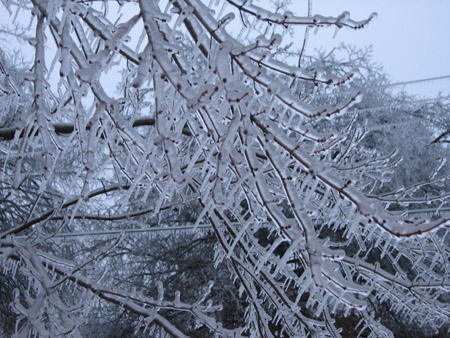 Oh, and did I mention it’s currently 20 degrees and windy?!

3 responses to “Deja Vu All Over Again”